The Inspire Academy in Ashton Under Lyne has been built to meet rising demand for school places in the area. 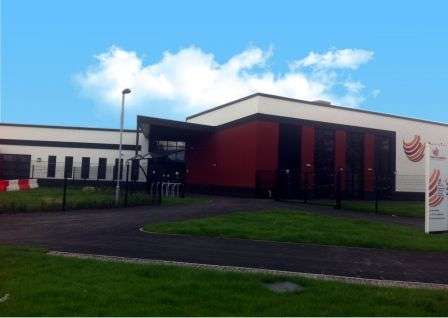 including 52 nursery places.  The Inspire Academy has been deliberately sited in an area where demand for places is expected to rise sharply due to increases in the birth rates since 2006.  The Government funded £ 8m for both academies on the provision that they are also sponsored.  The Carillion Academies Trust will work with the schools to bring about support and mentoring to help inspire, support, motivate and help students achieve their aspirations and goals.

As with most new build and refurbishment projects funded by the Government, there was a requirement to meet a minimum of BREEAM “Very Good”.  Part of this project was to install a major water leak detection system that covered the requirements listed in WAT03 of the BREEAM guidance notes.  In order to achieve the credits available for this section a water meter had to be fitted on the MCWS at the boundary of the building and other where the pipework entered the building plant room.  A control panel that could recognise abnormal levels of water use connects to the water meters and continuously monitors for leaks.  The Vaughan Group, the BMS contractor for this project selected Envirotech Alarms Ltd as the company most suitable to meet the BREEAM requirements. 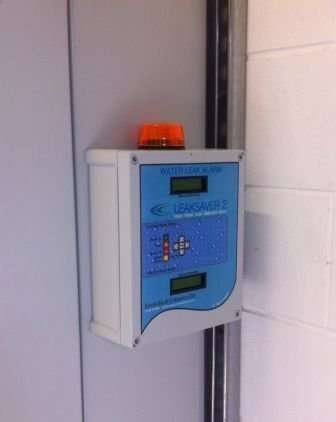 The LeakSaver two zone major water leak detection system has been installed at the academy.  A two zone version has been used as the MCWS runs under ground from the boundary (there is a meter pit housing the authority meter and a secondary pulsed output water meter, situated on the public path adjacent to the school).  A 40mm cold water meter with a 1:5 pulse reader has been installed in the external meter pit and a 50mm PN16 flanged water meter with a 1:10 pulse reader fitted in the plant room (see photo below).  A LeakSaver2 alarm panel has been fitted to the BMS panel and the two meters connected to this. Handover of the school was at the end of August in time for the start of the new 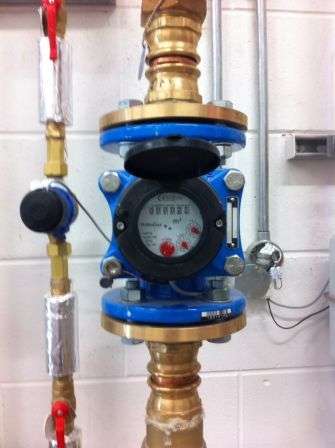 academic year. As part of the final works before handover, the LeakSaver2 needed to be commissioned.  This involved setting up a number of parameters that are used as references against which water usage is monitored.  There are two main elements to this, the amount of water expected to be used and at what time of day these  amounts will be used.  In the case of The Inspire Academy, it was suggested that on average 6,500 litres of water would be used per day (this figure was offered by the client) with this figure dropping to only 300 litres when the building is unoccupied.  The LeakSaver2 system calculates water usage in litres per half an hour, so a threshold of 295 litres per half hour was used (6,500/11)/2. This calculates the water use over the 11 hours the school is open and breaks it into ½ hour intervals. We now had a figure we could use for day time use and another for night time use.  This allowed us to set the alarm panel up to look for a flow of 295 litres of water in any half hour period between 7.30am and 6.30pm and to look for 12 litres of water in any half hour period between 6.30pm and 7.30am (a small contingency has been added to both amounts to allow for unexpected circumstances such as parent evenings).  Should the flow of water exceed either of these amounts, the alarm panel will go into alarm sounding a buzzer illuminating an LCD screen that a leak has been detected and signalling to the BMS.  Finally, the out of hours parameters needed to be set to cover the entire weekends as the school would be unoccupied during this time.  The LeakSaver2 panel has a feature that allows this to be set up quickly and easily.