The Passage Resource Centre, offers homelessness prevention and community schemes, as well as frontline services for those on the streets, such as primary services (food, showers, clothing), primary healthcare facilities, mental health and drug and alcohol services, and employment, training and welfare rights. 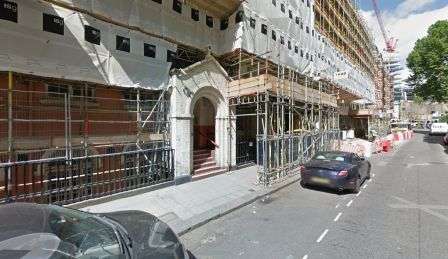 The community of Daughters of Charity, who arrived in Carlisle Place in 1863 and have provided much needed services to those in that area since, including establishing The Passage in 1980.

For many years the building fabric of St. Vincent’s Centre has been in a terrible state of disrepair; threatening the sustainability of these services. However, after raising funds from individuals, Trusts and the construction industry it is being refurbished.

Upon completion The Passage will have completely refurbished residential and day services facilities in the St. Vincent’s Centre to match the high quality of service provided for those most in need.

As with most new build and refurbishment projects in London, there was a requirement to meet a minimum of BREEAM “Very Good”.  Part of this project was to install a major water leak detection system that covered the requirements listed in WAT03 of the BREEAM guidance notes.  In order to achieve the credits available for this section a water meter had to be fitted on the MCWS that can monitor the flow of water into the building.  A control panel that could recognise abnormal levels of water use connects to the water meter and continuously monitors for leaks.  ISG, the main contractor for this project instructed RMS (the mechanical subcontractor) to select a supplier for the major water leak detection equipment.  RMS selected a LeakSaver1 system from Envirotech Alarms Ltd as the most suitable to meet the BREEAM requirements. 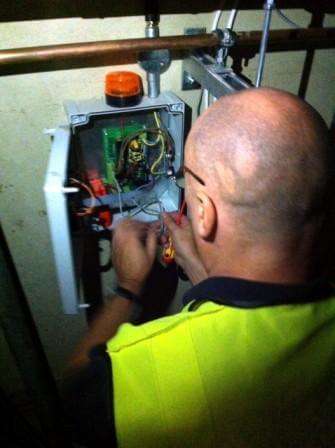 A single zone major water leak detection system has been installed at The Passage.  A single zone version has been used as the MCWS comes straight into the building from the street and there is essentially no external pipework from the boundary to the building.  A 65mm PN16 flanged cold water meter with a 1:10 pulse reader has been installed where the MCWS pipe enters the building.  In addition to this there is a 65mm motorised butterfly valve that will automatically shut the water off should a leak be detected (The valve is an option and does not form part of the requirement for BREEAM).  A LeakSaver1 alarm panel has been fitted in the main water intake room and the meter and valve connected to this.  In early August on a typically rainy summers day, Envirotech Alarms went to site to commission the system.  This involved setting up a number of parameters that are used as references against which water usage gets monitored.  There are two main elements to this, the amount of water expected to be used and at what time of day these    amounts will be used.  In the case of The Passage, it was calculated that on average 9,500 litres of water would be used per day (this figure was offered by the consultants).  The LeakSaver1 system calculates water usage in litres per half an hour, so at the most basic level, a threshold of 200 litres per half hour could be used (9,500/48).  Unfortunately it’s not 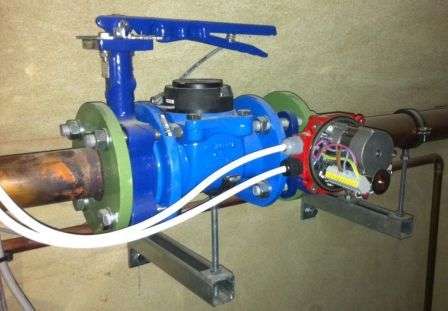 quite that simple and the usage rates at different times of the day and night need to be factored in.  Naturally there will be more water used in the day than at night in this type of building, as well as certain peak periods during the day to consider such as the build up to lunchtime.  Without any historical data being available on water usage, it is difficult to enter an accurate figure.  In this case we took the approach that of the 9,500 litres of water used in a day, the largest percentage would be used between 8am and 8pm and within this time period, there would be a peak around 11.00am to 1.00pm.  Taking this peak as a worse case scenario we calculated that as much as 700 litres of water could be used in a half an hour.  Once we added in a small tolerance, we set the system to look for 1,000 litres and should this amount be exceeded, it would most likely be a leak and the alarm would trigger.  Once the building is up and running properly, a better understanding of the consumption will be gained and the threshold amount can be easily adjusted to suit.