A well known NHS Health Trust based in the South West selected Envirotech Alarms to supply all their plant rooms with water leak detection. 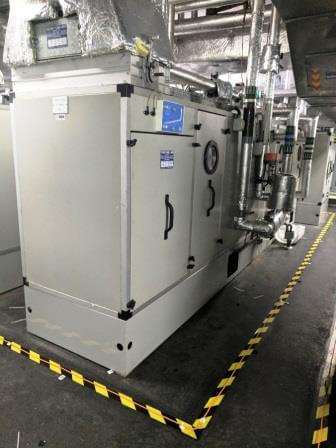 Reacting to several occasions where water leaks had gone unnoticed and the resulting damage caused disturbance to the running of the building. They took the decision to install a complete water leak detection system to give them immediate knowledge that a leak had occurred.

Sensor tape, designed to trigger an alarm when water touched any part of it was used. The area immediately around the Air Handling Units, Boilers, Chillers, Heat Exchangers, Tanks and Pumps had tape laid around them. Each area was connected back to a LeakStopper 8 multizone alarm panel that allowed them to quickly see which piece of equipment had a leak.

Out of hours alerts where handled by adding an SMS text dialler that sent a message should the alarm panel detect a leak on any of the zones.
Envirotech Alarms where chosen as the preferred supplier due to their ability to design a bespoke water leak detection system to suit each of the 5 different sites requiring protection.